German Election 2021 From an Investor’s Perspective 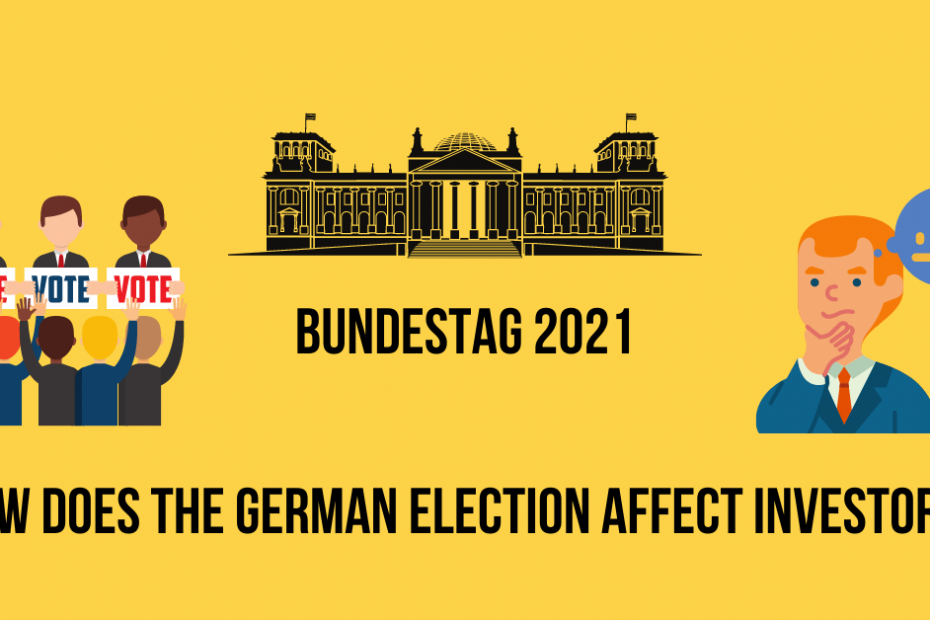 An overview of the German Election 2021 from an Investor’s point of view.

The German Election is here. In the month of September, Germany will elect its 20th Bundestag. This is the dawn of a new era for citizens and expats in Deutschland likewise. Similarly for Investors, the new election has a lot of changes in store. In this article, we take a look at the party manifestos from the perspective of an investor.

We have already written a detailed article about how stocks are taxed in Germany. The 2021 elections are going to play a major role in how income, wealth AND stocks are taxed for the next 4 years.

This article is a summarized version of what you will find in Markus Schmidt-Ott’s piece on Finanzfluss. For a full version of the article, click here.

If you want to skip to a specific party, you can use the table above to do that.

As the election date gets nearer, political parties have intensified their campaigning methods. In fact, the 6 major Parties currently represented in the Bundestag have formulated their positions on Manifestos. In this article we take a look at every party’s stance in matters directly related to the interests of an investor in Germany. For example Taxes, Properties, Pensions and so on.

Firstly the Union parties that have been in charge for 16 Years now. In fact it is quite visible on their manifesto that they have been incharge for so long. Because there is no strong emphasis of any big changes upcoming.

SPD presented a manifesto with a futuristic statement. “Out of Respect for your Future” reads the Manifesto, with a clear emphasis on combating inequality and fighting climate change. SPD aims to move away from GDP oreinted growth, and look for societal prosperity instead.

3. AFD – The Alternative for Germany

A clear Right-wing, populist ideology set by the motto of AFD itself – “Back to the future”. AFD strongly demands to leave the Euro zone and return to the Deutsche Mark. AFD brands their plan as ‘Germany, but normal’. AFD’s manifesto does not throw light on new programmes, rather deleting existing ones.

By far the most Investor-friendly manifesto. FDP aims to give Germany a fresh start, offsetting a digital age. “There was never more to do” is the title of the election manifesto. Although, it has to be noted that voting decision is not always based on investment friendly reforms.

Similar to the FDP, Die Linke’s manifesto has a lot to grab the attentions of investors. On the contrary, it is not a positive for investors. In fact, there is no mention of an investsor friendly electoral programme. Die Linke instead entitles “For Social Security, Peace and Climate Justice”.

The Greens, an optimistic environment-friendly political party have put out a manifesto that wants to make Germany more modern, more digital and more environmentally friendly. The program offers a number of pitfalls, especially for investors.

On the whole, it is quite possible to divide the manifestos of these parties into two groups. There is a clear distinction between SDP, Die Linke, The Greens and the Union, FDP, AFD (to some extent).

The SPD, the Left and the Greens, tends to view investors as a part of the “wealthy” category. It is misunderstood that one does not necessarily have to be rich to invest money. There are of course different views between the left and the right on the role of the state and that of private wealth, each of which is legitimate. It is noticeable that all parties except the Left and AfD can be enthusiastic about a funded old-age provision in different ways.

Finally coming to the concept of Cryptocurrencies, all parties seem to be in agreement that they view this with great skepticism. Only the FDP welcomes, as it puts considers Crypto as “alternative means of exchange”. On the other hand, the Greens want to sound out the advantages and disadvantages before taking a stance.

This overview of the political manifesto is not from a neutral perspective, as we focus from the lens of an investor in Germany. Of course, political decisions cannot purely be taken on investment related policies. But if you are a concerned person whose investment plans are set to be affected by the elections, this article probably allowed you to lean back and glance through the important information!

If you are an expat in Germany it is absolutely necessary that you manage your finances right. FinanceGermany is here for your help! Check out the website and be on the look out for more finance related content.

1 thought on “German Election 2021 From an Investor’s Perspective”